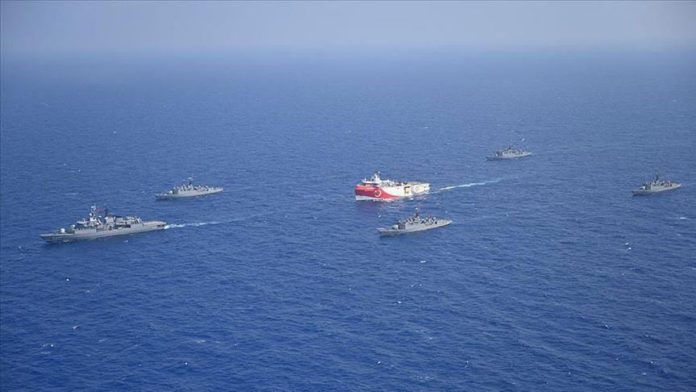 The Turkish Navy will continue to protect the country’s Oruc Reis vessel during its seismic research in the Mediterranean, the Turkish Defense Ministry said on Thursday.

In a Twitter post, the ministry said: “the Turkish Naval Forces, the protectors of our naval rights and maritime jurisdiction, continue to support and protect Oruc Reis seismic research vessel with the same accompanying ships since the beginning of the research,” the ministry said.

Earlier this week, Turkey resumed energy exploration in the region after Greece and Egypt signed a controversial maritime delimitation deal.

Oruc Reis will continue the two-week mission until Aug. 23 along with the ships Cengiz Han and Ataman.

Harry and Meghan: From fairytale wedding to ‘Megxit’