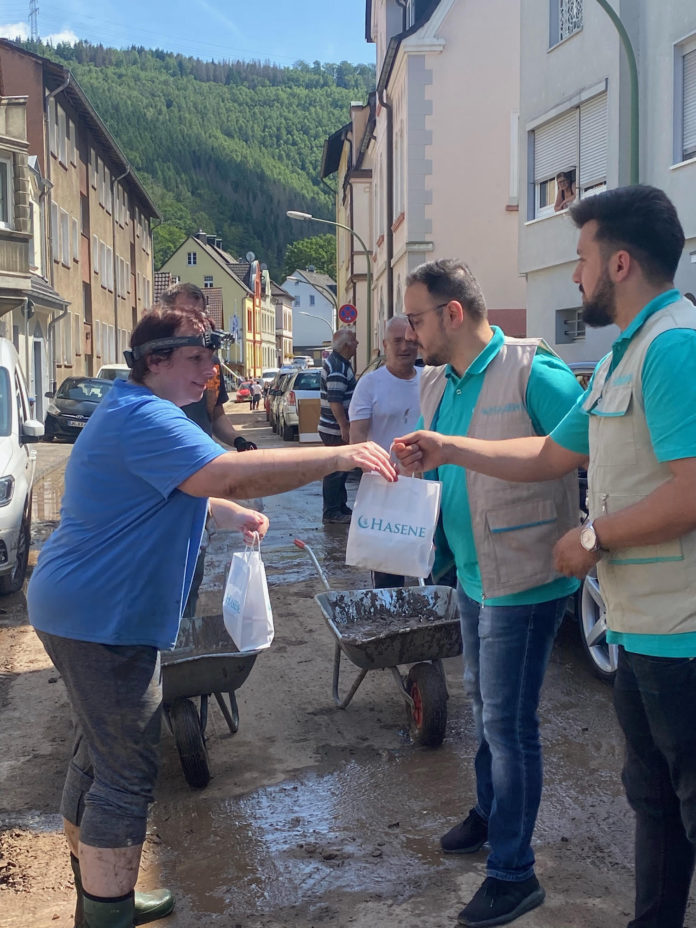 The Hasene Association, an affiliated non-governmental organization of the Islamic Community of Mili Gorus (IGMG), is distributing aid to flood-stricken areas of Europe through their mobile soup kitchens.

Speaking to Anadolu Agency on Sunday, Tahir Koksoy, head of the crisis desk team, said the Turkish Muslim organization IGMG is actively helping people in Belgium, the Netherlands and Germany.

Koksoy said the crisis desk plans what is needed and where and directs its mobile soup kitchens to disaster areas.

Volunteers with the soup kitchens deliver hot meals and food to search and rescue teams and victims in Germany and Belgium, said Koksoy.

“There is no drinking water in Stolberg, Germany. We brought drinking water there. First we delivered food, hot meals and water that are urgently needed,” he added.

At least 157 people have been killed so far and hundreds are still missing, German authorities said Sunday.

On Saturday, heavy rains hit the eastern state of Saxony and the Upper Bavaria region, forcing the evacuation of hundreds of residents. At least one person was killed in the flooded area, local media reported.

German public television network ARD has also kicked off a donation campaign to raise money for the victims of the historic floods.

In Belgium, the death toll has reached 31, while search and rescue operations continue for 163 missing persons.