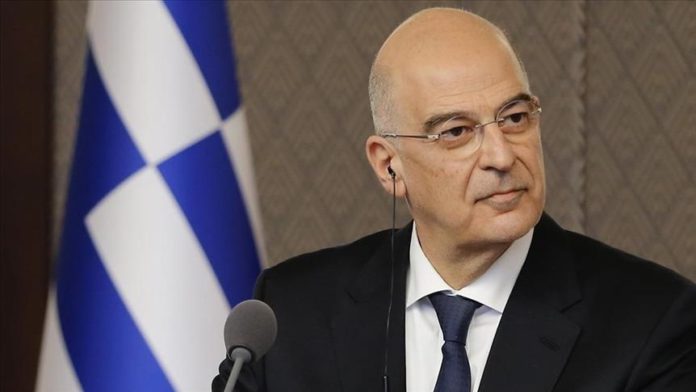 Comments by Greece’s foreign minister regarding the identity of the Muslim Turkish minority in Western Thrace during a visit to Ankara drew strong reactions from the group’s minority institutions and organizations.

“It is unacceptable to us that our Foreign Minister Mr. [Nikos] Dendias denies the Turkish identity of our minority,” Western Thrace Turkish Minority Consultation Council (BTTADK) said in a statement.

The statement was in response to Dendias’ remarks on the minority during a news conference alongside Turkish Foreign Minister Mevlut Cavusoglu on Thursday.

“There is a Muslim minority in Greece. According to the Lausanne Treaty, the minority here [in Greece] is Muslim,” Dendias said, denying the Turkish identity of the minority.

“Our answer to him is clear. The minority living in Western Thrace is Turkish and will continue to live as Turks,” it said.

The head of the Federation of Western Thrace Turks in Europe (ABTTF), Halit Habipoglu, also issued a statement.

“Claiming to be the cradle of democracy, our country disregards the most basic human rights by not allowing us to define ourselves as Turks,” said Habipoglu.

“Policy of our country’s rulers denying our identity will never change the fact that we are Turkish.”