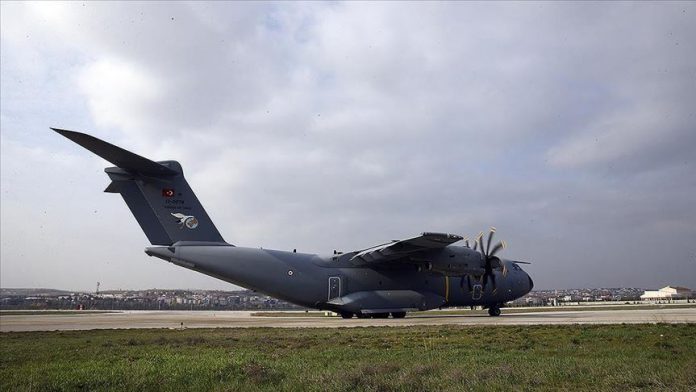 A Turkish military aircraft carrying medical aid departed from the capital Ankara for Italy and Spain, the countries worst hit by the novel coronavirus in Europe.

After first appearing in Wuhan, China last December, the virus, has spread to at least 180 countries and regions, according to U.S.-based Johns Hopkins University.