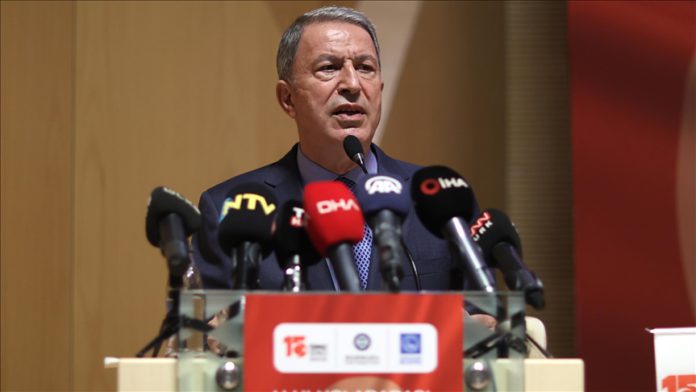 The Turkish military has only gotten stronger as it rid itself of rogue elements linked to the 2016 defeated coup, said Turkey’s national defense minister on Tuesday.

“The successes achieved in Turkey’s domestic and cross-border operations and the ever-growing number of large [military] exercises after July 15 are the clearest indications that we are getting stronger as we get rid of FETO,” Hulusi Akar told a symposium in Istanbul marking five years since the coup, carried out by the Fetullah Terrorist Organization (FETO).

A total of 23,364 people have been dismissed from the Turkish military as part of the fight against FETO terrorists, he added.

During the defeated coup, Akar was chief of General Staff of the Turkish Armed Forces. He was named national defense minister in 2018.

Akar said the Turkish military is becoming much stronger as it is purged of the “treacherous, vile FETO members.”

Turkey has “never allowed any traitor to wear the glorious uniform of the Turkish Armed Forces, nor will we ever,” he added.

Following the defeated coup, Turkish land forces have carried out 176 large-scale operations, Akar said, adding with the 10 major operations carried out in Syria and Iraq, large areas were cleared of terrorist groups and turned into safe zones.

The Turkish Naval Forces’ operational training activities have also risen more than 50% in the last five years, and in 2020 their time at sea reached an all-time high of 200,000 hours, he added.