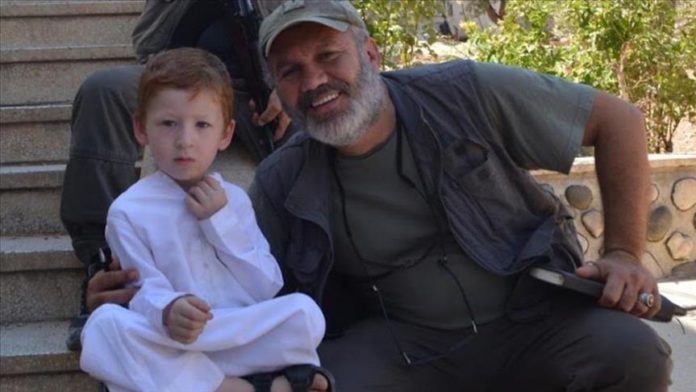 Lawyers for a Turkish businessman who was remanded in custody for three years in the United Arab Emirates (UAE) on trumped-up charges on Monday applied to the UN for help.

Mete Gencer and Gulden Sonmez, the lawyers for Mehmet Ali Ozturk, said in a statement that they applied to the UN Working Group on Arbitrary Detention as their client has been subjected to severe torture – with even his son used as a bargaining chip – to pressure him to make false confessions against Turkey.

The application says the UAE “committed the crimes of unfair, arbitrary detention and torture, and violated United Nations conventions and the rules of international law,” the statement said.

His lawyers added that Ozturk was tortured for 52 days, making him lose 25 kilograms (over 55 pounds) in the process and risking his life.

Ozturk was further threatened with the killing of his son Abdullah Ozturk, who was a student in the US and was subject to repeated questioning by the FBI and prevented from moving to Turkey for a time.

After Abdullah Ozturk’s education and career goals were “completely cut off,” he came back to Turkey, the statement said.

It added that when Mehmet Ali Ozturk resisted the pressure from the torture, he was subjected to a show trial, convicted of supporting terrorism, and sentenced to life in prison.

El-Whatba Prison, where Mehmet Ali Ozturk is now incarcerated, has been the subject of many complaints due to its inhumane conditions.

On Dec. 11, the businessman’s lawyers filed a criminal complaint with Istanbul prosecutors against UAE officials to be forwarded to the Justice Ministry.

On Dec. 16, his lawyers applied to Turkey’s Human Rights and Equality Institution.