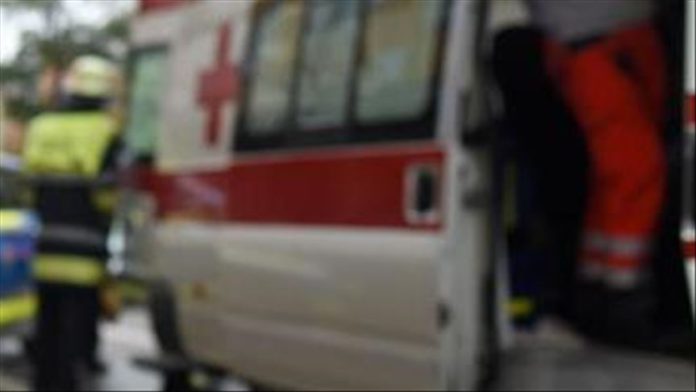 A Turkish man who was wounded in Monday’s terrorist attack in the Austrian capital told Anadolu Agency how he barely escaped death at the hands of one of the gunmen.

Recep Tayyip Gultekin said he was with his friend Mikail Ozer in Vienna’s city center when they heard gunshots.

He said they headed in the direction of the commotion and saw a gunman shooting a civilian passerby.

“After I carried the woman to a nearby restaurant, the terrorist pointed his gun at me,” he recalled.

He threw himself to the ground to avoid being shot by the gunman, who was carrying a long-barrel gun, but was wounded, he said.

“We got into my friend’s car and went to the nearest police station to report the incident.”

Gultekin said that later, they saw that a police officer had been wounded from the clash.

Noting that medical teams could not approach the scene due to the conflict, Gultekin said he and his friend carried the officer to an ambulance.

They also helped an elderly woman they encountered at the scene move to a safe location, he said.

“I didn’t want to go to the hospital because the wound on my foot wasn’t that big,” he said, although the medical team with the ambulance offered to take him there.

“I didn’t want to be a burden because I thought there would be many injuries due to the conflict,” he said.

Noting that the buckshot was still embedded in his foot, Gultekin said: “Now that the situation has calmed down a little more, I will go to a hospital and get treatment.”

At least one person was killed and 15 others wounded in the suspected terrorist attack by multiple gunmen.