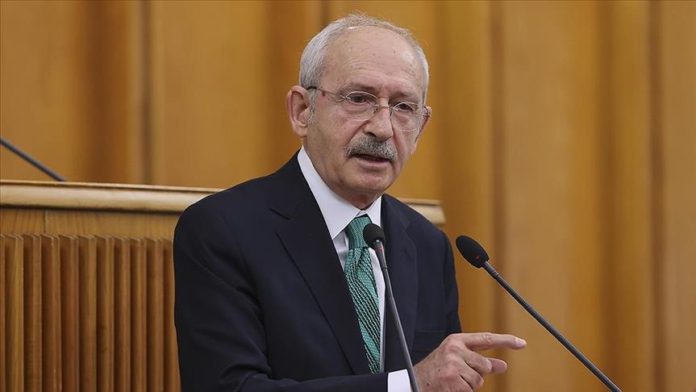 “In a country where there is no judicial independence, a lawmaker has no guarantee aside from immunity. This assurance should not be lifted,” Kemal Kilicdaroglu, the Republican People’s Party (CHP) leader, told his party’s parliamentary group.

If you want to remove the immunity of a person, and then you “raise your hand [to vote] on the instructions [of the president], this means there is no national will there,” said Kilicdaroglu.

Speaking to reporters in parliament on Tuesday, the ruling Justice and Development (AK) Party’s deputy chair called for the closure of the HDP in light of its ties to terrorists.

“Our nation has no hope in this party anymore,” said Cavit Ozkan.
Ozkan claimed that the 83 million citizens of Turkey want the HDP to be closed under the constitutional order.

Turkey’s government has said the HDP has links with the PKK, which is listed as a terrorist group by Turkey, the U.S. and the EU.

In its more than 35-year terror campaign against Turkey, the PKK has been responsible for the deaths of 40,000 people, including women, children, and infants.

Serbian president: We know how to keep the peace