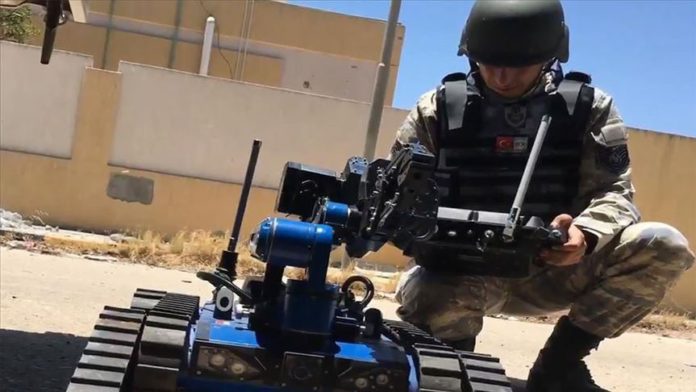 The ministry also posted footage of a Turkish soldier using the robot to do the job by remote control.

Attacks by warlord Khalifa Haftar’s forces – who sought to capture Tripoli – have left their mark on Libyan cities.

Libya has been torn by civil war since the ouster of Muammar Gaddafi in 2011. Libya’s new government was founded in 2015 under a UN-led agreement, but efforts for a long-term political settlement failed due to a military offensive by Haftar’s forces.

The UN recognizes the Libyan government headed by Prime Minister Fayez al-Sarraj, based in Tripoli, as the country’s legitimate authority.

Turkey supports the Tripoli government and signed a security cooperation agreement with it last November.