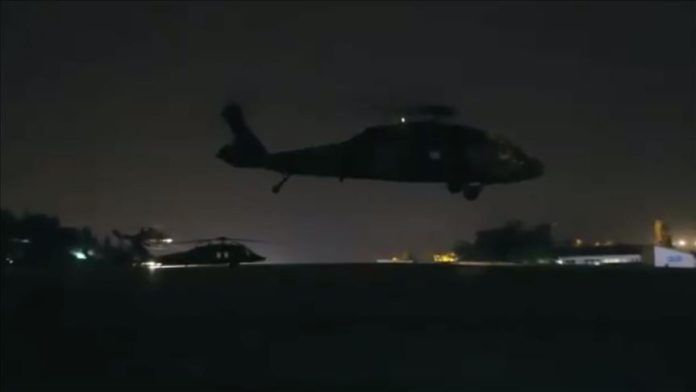 The helicopters are helping to clear areas of terrorists as part of Operation Claw-Tiger, which is proceeding successfully, the ministry said on Twitter.

The Turkish Armed Forces destroyed PKK targets in Haftanin as part of the operation.

According to the security sources, Turkish forces hit over 150 targets of the PKK terror group in the region with howitzers and multiple rocket launchers.

The latest operation comes after the ministry announced the start of Operation Claw-Eagle on Monday in northern Iraq, noting that Turkish fighter jets had destroyed caves where terrorists were taking shelter, causing the caves to collapse on them.

The operation was carried out against terrorist bases in Sinjar, Qandil, Karajak, Zap, Avasin-Basyan and Hakurk.