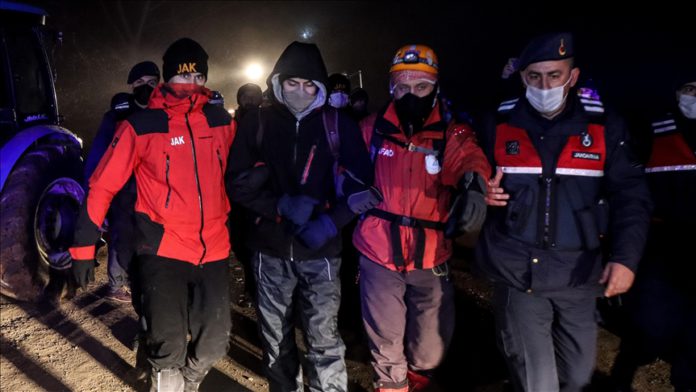 A Turkish-made drone helped rescue a Danish tourist who lost his way at a ski resort in northwestern Turkiye, officials said Saturday.

Turkiye’s signature Bayraktar drone found the missing tourist on Friday at the famed Uludag resort so that rescue teams could bring him out of the cold and back to safety.

After getting lost on an afternoon walk, with the temperature dropping, Yusuf Sephizade, 21, a Danish citizen, was able to reach local gendarmerie teams by phone, who figured out that he was in Alacam in Uludag’s Kestel district, but not his precise location.

That was when a Bayraktar UAV TB2 drone belonging to the gendarmerie went into action, taking flight and finding the lost tourist’s exact coordinates.

Using the drone’s coordinates, the Turkish Disaster and Emergency Management Authority (AFAD) and gendarmerie teams found Sephizade and took him to a hospital, where he was discharged after doctors examined him.

The drone, made by Turkish defense firm Baykar, entered the Turkish Armed Forces inventory in 2014 and is currently used by several other countries, including Ukraine, Qatar, and Azerbaijan. NATO member Poland has also signed a deal to buy the drones.

Turkiye has used its cutting-edge drones effectively over the years in cross-border, anti-terror military operations, such as Euphrates Shield, Olive Branch, and Spring Shield, to liberate its border with Syria from terrorist groups.

Turkey: Export of fishery products up 17% in February

March 5, 2021
We use cookies to ensure that we give you the best experience on our website. If you continue to use this site we will assume that you are happy with it.Ok