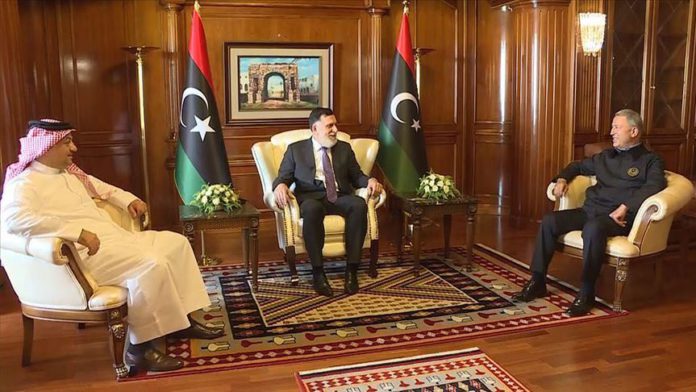 Hulusi Akar, accompanied by Chief of General Staff Gen. Yasar Guler, visited the Libyan prime minister’s office for the meeting. Earlier, he visited the Defense Security Cooperation and Training Assistance Advisory Command that was established as part of a memorandum of understanding between Turkey and Libya.