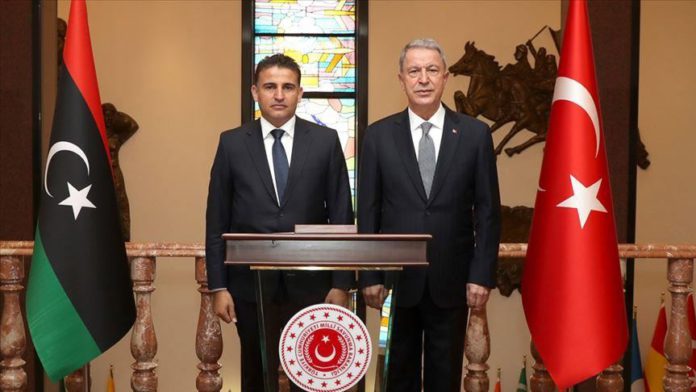 Hulusi Akar and Salahaddin Namroush exchanged views on the latest developments in Libya, the ministry said in a statement.

“Turkey’s goal is to contribute to the formation of a Libya that has ensured its territorial integrity and political unity, and lives in peace, tranquility and stability,” he said.

Akar reiterated Turkey’s commitment to keep up consultations with Libya and continue military and security training for Libyan forces.

The agreement was reached during UN-sponsored talks in Tunisia between representatives of the internationally recognized Libyan government and warlord Khalifa Haftar.

The participants agreed to establish a new Presidential Council and executive body to manage the transition period and hold national elections, according to Stephanie Turco Williams, head of the UN support mission in Libya.

The country’s new government was founded in 2015 under an UN-led agreement, but efforts for a long-term political settlement failed due to a military offensive by warlord Khalifa Haftar’s forces.