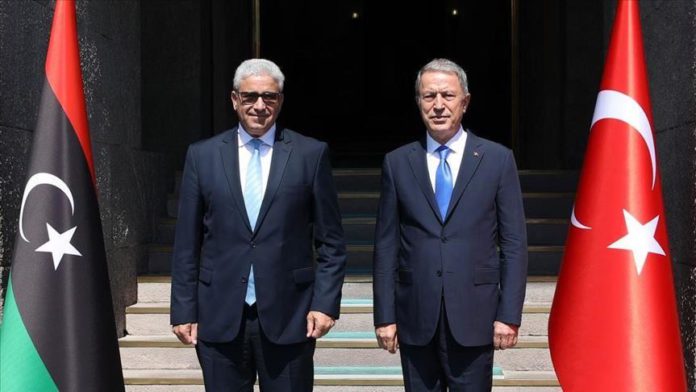 Turkey’s defense minister on Monday held a trilateral meeting with Libya’s interior minister, and Malta’s minister of home affairs and national security in the capital.

The high-ups came to Turkey on an official visit after an invitation by Ankara.

According to sources, regional cooperation on defense and security, and efforts in contributing to regional stability and peace were discussed during the trilateral session.

Efforts for a long-term political settlement, however, have so far failed due to an ongoing military offensive by warlord Khalifa Haftar.