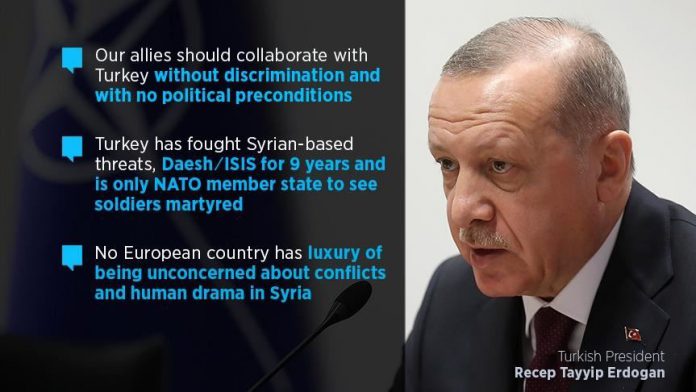 Turkey’s president on Monday called on NATO members to show their alliance with Turkey at this critical time.

“NATO is in a critical period in which it should clearly show the alliance’s solidarity [with Turkey],” Recep Tayyip Erdogan told reporters during a press conference alongside NATO Secretary-General Jens Stoltenberg.

Our allies should collaborate with Turkey without discrimination and with no political preconditions, he added.

Turkey has fought Syrian-based threats and the terrorist group Daesh/ISIS for nearly a decade now and is the only NATO member state to see soldiers martyred, said Erdogan.

No European country has the