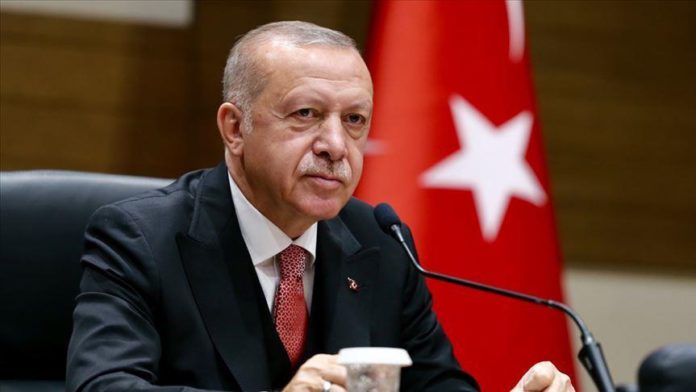 Turkish President Recep Tayyip Erdogan on Thursday spoke to his Kyrgyz and Afghan counterparts over the phone amid recent Israeli attacks in Palestine, the presidency said.

“President Erdogan stated that they wanted to see Kyrgyzstan alongside Turkey in the initiatives it had launched in the international arena in order for the necessary lesson to be given to Israel which had been attacking the Al-Aqsa Mosque, Gaza and the Palestinians,” the statement read.

The Turkish president also held a phone conversation with his Afghan counterpart Ashraf Ghani and wished him a happy Eid.

Erdogan noted the importance of taking joint action at all relevant platforms to mobilize the international community in the face of Israel’s “brutal” attacks.

Turkey will continue to stand by Afghanistan “in this critical period” as it has always, he added, referring to the escalation of violence and the ongoing peace process in the war-torn country.

Tensions have been running high since an Israeli court ordered the eviction of Palestinian families from the Sheikh Jarrah neighborhood of East Jerusalem, leading to Palestinian protests and Israeli attacks on civilians, including worshippers at the Al-Aqsa Mosque.

Israel occupied East Jerusalem during the 1967 Arab-Israeli war and annexed the entire city in 1980, in a move that has never been recognized by the international community.

Turkey to continue engaging on positive agenda with EU