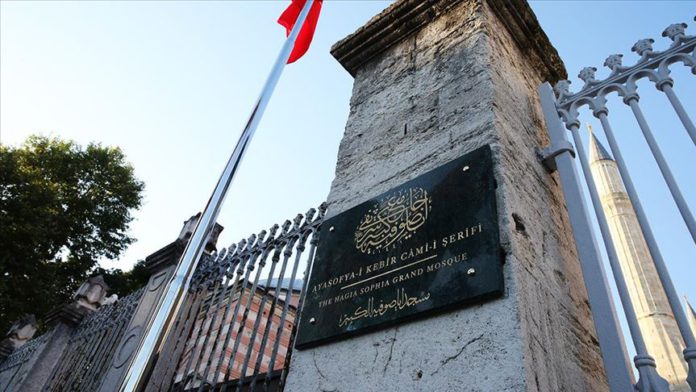 Turkey’s president on Thursday unveiled the new nameplate for Hagia Sophia Mosque, the Istanbul icon due to reopen for prayers tomorrow for the first time in 86 years.

Following a meeting on military matters in the capital Ankara, Recep Tayyip Erdogan and a delegation unveiled the nameplate at the main gate of Hagia Sophia Mosque and took a group photo there.

Erdogan was also told about the work being done for Hagia Sophia Mosque’s reopening for tomorrow’s Friday prayers.

Hagia Sophia is among Turkey’s top tourism destinations for both domestic and foreign visitors.