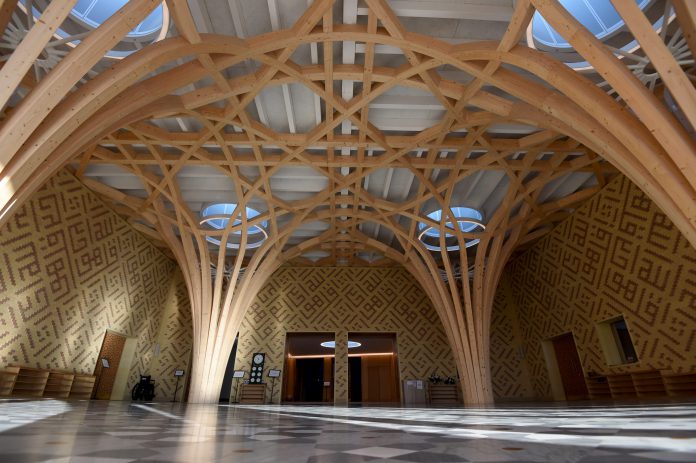 Recep Tayyip Erdogan came to Britain to attend a two-day NATO leaders’ summit as well as to officially open the new mosque.

The road to the building of Europe’s first eco-friendly mosque began back in 2008. When the capacity of local churches and houses was unable to meet the worship needs of local Muslims, Muslim students in the city turned to one of Britain’s most influential Muslims.