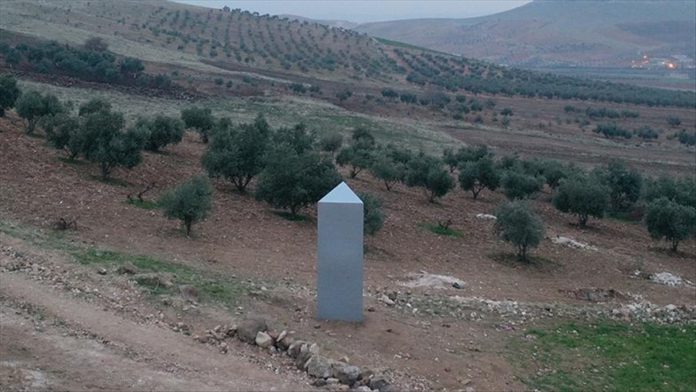 A mysterious metal monolith that appeared in southeastern Turkey last week has been revealed to be part of the unveiling of the nation’s new space program.

Speaking on Tuesday with an image of the mysterious monolith on a screen behind him, Recep Tayyip Erdogan, the nation’s president, quoted from the ancient Turkic words on the structure: “Look at the sky, see the moon.”

“I hereby introduce Turkey’s National Space Program with its 10-year vision for space,” he said in the capital Ankara.

The metal pillar – 3 meters (9.8 feet) tall and one meter (3.2 feet) wide – was found last Friday, almost 20 kilometers from the Sanliurfa city center.
Many curious people visited the site to see the metal pillar and wondered about its meaning.

It attracted international media coverage before disappearing on Tuesday morning, as part of planned publicity for Turkey’s new space program.
Similar structures had previously appeared in locales outside Turkey, unrelated to the space program announcement.