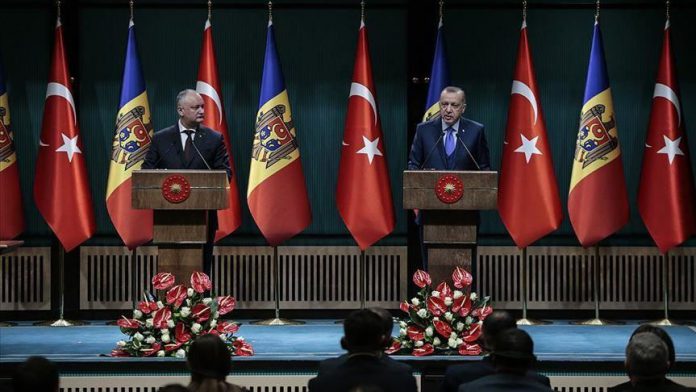 Turkey expects Moldova to expand cooperation by transferring schools run by the terror group FETO to responsible ownership, said Turkey’s president after meeting with his Moldovan counterpart in the Turkish capital Ankara.

“We thank Moldova for its cooperation in fighting FETO and extraditing its members to Turkey,” Recep Tayyip Erdogan told reporters after meeting with Igor Dodon at the presidential complex.

Erdogan said Turkey expects schools run by the Fetullah Terrorist Organization (FETO) — the group behind the 2016 defeated coup in Turkey — to be transferred to the Maarif Foundation, a Turkish educational foundation.