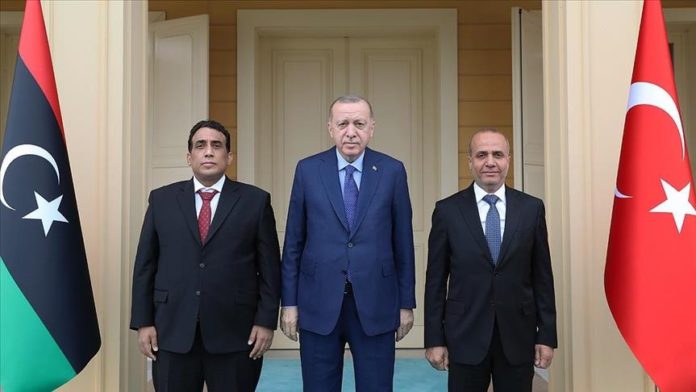 The meeting between Erdogan and Mohammad Younes Menfi at the Vahdettin Mansion lasted around two hours.

Turkish Foreign Minister Mevlut Cavusoglu and presidential spokesman Ibrahim Kalin were also present at the meeting, which was attended by Libyan council member Abdullah Hussein Al-Lafi, as well as an accompanying delegation, from the North African nation.

This was the first official visit to Turkey by the members of the Libyan council after taking their post earlier this month.

During the meeting, the sides reviewed the deep-rooted relations between their two countries and discussed steps to further develop cooperation and bilateral ties, as well as current regional and international developments.

A Libyan flag was raised at the entrance of the Vahdettin Mansion on the occasion.

On March 15, Libya’s new unity government headed by Prime Minister Abdul Hamid Dbeibeh was sworn in by the Libyan parliament.

ANALYSIS – An era of 'positive agenda' with EU: Opportunities and...