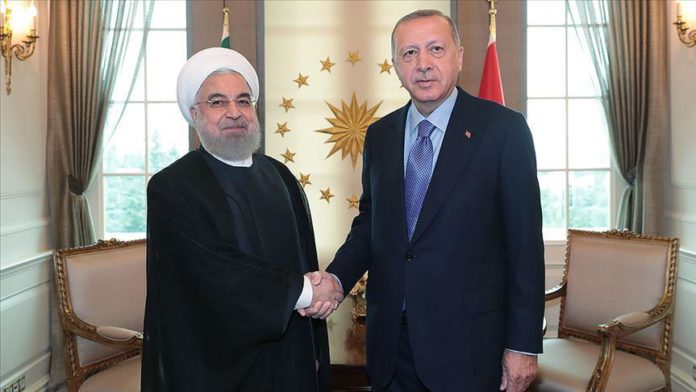 In Sunday phone calls, Turkey’s president exchanged greetings with his counterparts from Azerbaijan, Pakistan, Iran, Oman and Turkmenistan for Eid al-Fitr, the Muslim holiday following the holy month of Ramadan.

“Exchanging greetings on Eid al-Fitr, the two leaders discussed bilateral relations and regional issues as well as cooperation in the fight against COVID-19,” the directorate said on Twitter.

In a separate statement, the directorate said that Erdogan also spoke with Pakistani President Arif Alvi over the phone.

The two leaders exchanged holiday greetings and discussed cooperation in the fight against coronavirus as well as regional developments.

The Turkish and Iranian presidents discussed cooperation in the fight against COVID-19, plus bilateral ties and regional issues, according to the directorate.

In another phone call, Erdogan and Turkmenistan’s President Gurbanguly Berdimuhamedow exchanged holiday greetings and discussed steps to strengthen bilateral relations as well as cooperation against the virus.