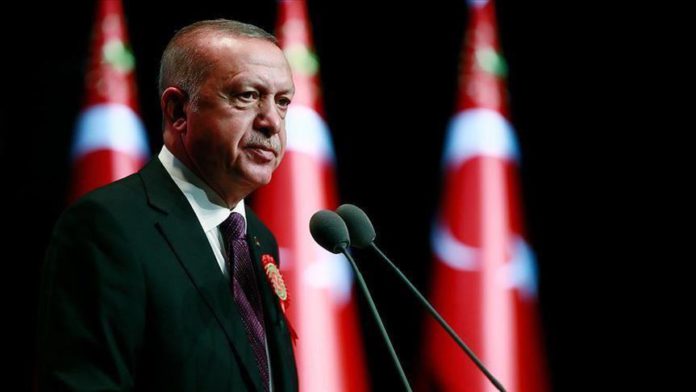 The president of Turkey on Saturday condoled the martyring of three of its security forces staff.

Erdogan also extended his condolences to the martyrs’ loved ones and the Turkish nation.

“Our fight against terrorism will continue uninterruptedly and resolutely until the terror threat to our country ends and the last terrorist is neutralized,” he said.

Besides Erdogan, other top officials in the country have also conveyed their condolences to the families of the martyrs.

Police officer Atakan Arslan was martyred as a result of an armed attack in the southeastern Diyarbakir province. Stopping a car for routine controls, Arslan was shot by one of the car’s passengers and succumbed to his wounds in the hospital.

Ugur Bora and Mehmet Gunay were martyred amid clashes with PKK terrorists, also in Diyarbakir.

In its more than 30-year terror campaign against Turkey, the PKK has been responsible for the deaths of some 40,000 people, including women, children and infants.

Turkey to continue exploration in E.Med until Nov. 23