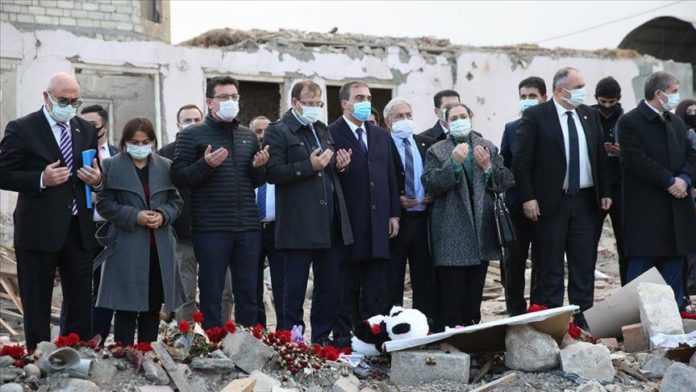 Stressing that the body’s visit would be limited to investigating the area and reporting on violations, commission head Hakan Cavusoglu said: “We all know that even [residents of] Armenian origin suffered and lost their lives [in Armenia’s attacks].”

“The attacks by Armenia, which had no military necessity, on Ganja, Barda and Tartar, where civilian life continued routinely, are war crimes,” he added.

He also criticized international organizations for not responding to the attacks and human rights violations.

Relations between Azerbaijan and Armenia have been tense since 1991, when the Armenian military occupied Nagorno-Karabakh, also known as Upper Karabakh, a territory recognized as part of Azerbaijan, and seven adjacent regions.

During this period, 26 civilians and children died in Ganja.

Turkey to open doors to 31 countries for health tourism