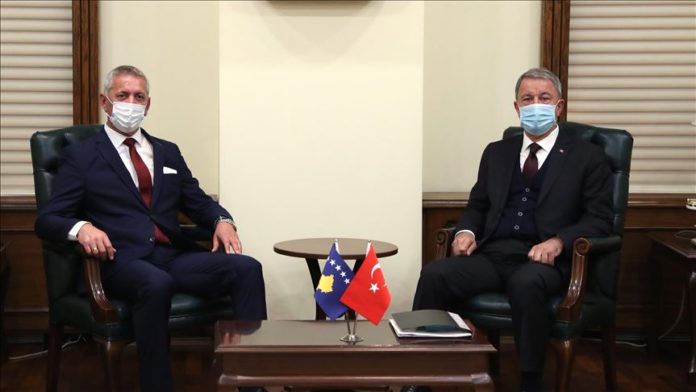 The Turkish defense minister and his Kosovar counterpart met in the capital Ankara, Turkey’s National Defense Ministry said on Tuesday.

In a statement, the ministry said Hulusi Akar and Anton Quni, accompanied by their respective delegations, discussed bilateral relations, cooperation in defense industry and the regional security issues.

Stressing the importance of friendship between the two countries, Akar said the good relations should be further developed, adding there must be cooperation in fight against the Fetullah Terrorist Organization (FETO).