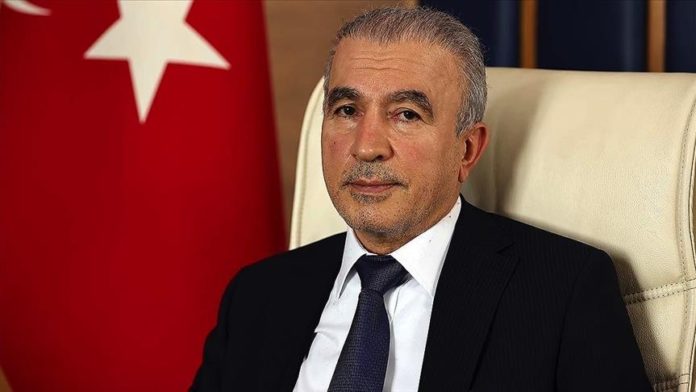 A senior figure of Turkey’s ruling party has said that Turkey’s justice system would decide on the closure of the opposition Peoples’ Democratic Party (HDP).

“The [Turkish] justice [system] has acted on the complex network of the HDP’s political relations and decided to evaluate this relationship in the light of the law. The justice will say the final word,” Naci Bostanci, the parliamentary group chairman of the Justice and Development (AK) Party, told Anadolu Agency exclusively.

“The duty of the law is to deal with the evidence regarding the HDP on an equitable basis and to ensure justice in a way that leaves no room for doubt in the conscience of the society. We do not doubt that,” Bostanci said.

The AK Party has never been in an approach of non-closure of any political party, Bostanci said.

“A legal and political approach in this direction is out of the question. It is not realistic,” Bostanci said.

Bostanci reminded that dissolution of a political party had been made difficult during the AK Party governance.

“However, we do not have a political attitude to make it completely impossible,” he noted.

Turkey’s top prosecutor on Wednesday filed an indictment seeking to shut down the HDP, calling it an undemocratic party that colludes with the terrorist group PKK and seeks to destroy the unity of the state.

The indictment accuses HDP leaders and members of flouting the democratic and universal rules of law, conspiring with the terrorist PKK and affiliated groups, and aiming to destroy and eliminate the state’s indivisible integrity, country, and nation.

Instead of permanent dissolution, the 15-member Constitutional Court may instead decide to partially or completely cut off state aid to the party, depending on the severity of the acts in question.