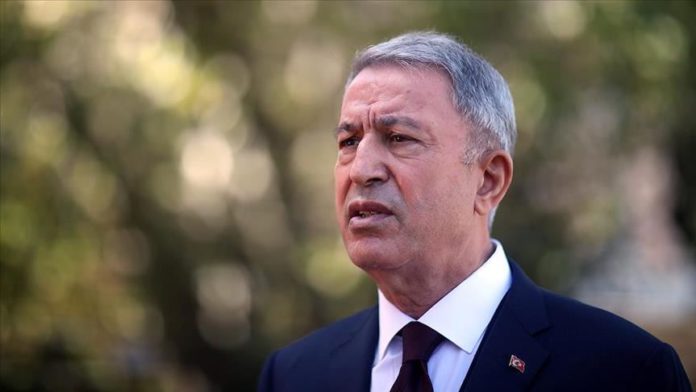 The Turkish and Italian defense chiefs met Friday in Rome to discuss bilateral and security issues as well as the latest developments concerning Libya and the Eastern Mediterranean.

Tensions have been running high for months in the Eastern Mediterranean, as Greece has disputed Turkey’s rights to energy exploration, making maximalist claims based on tiny Greek islands near the Turkish coast.

Stressing that Turkey and Libya share a history going back half a millennium, Akar said Turkey will continue to make every effort for stabilization in the North African country and the region.

The UN recognizes the government headed by Prime Minister Fayez al-Sarraj as the country’s legitimate authority, as Tripoli has battled Haftar’s militias in a conflict that has claimed thousands of lives.

Diplomatic efforts have been underway in recent weeks to reach a solution to the Libyan conflict following victories by the Libyan Army over Haftar’s militias.

Speaking on the conflict between Azerbaijan and Armenia, Akar stressed the importance the cessation of support for Armenia and the withdrawal of its forces from occupied territories in order to ensure peace and stability in the region.

New clashes erupted on Sept. 27, and since then Armenia has continued attacks on civilians and Azerbaijani forces, leading to casualties.

6 children killed at school in Cameroon