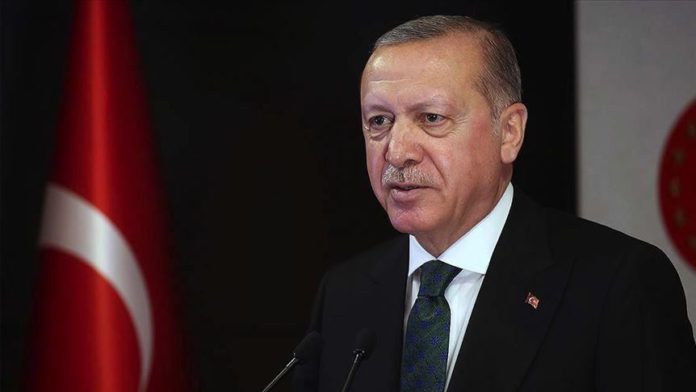 “Turkish Intelligence Organization conducts works on areas of cryptology, cyber, satellite, signal intelligence all around the world,” Recep Tayyip Erdogan told the opening ceremony of a new service building of MIT in Istanbul.

“The activity capacity of terrorist organizations in Istanbul declined considerably thanks to the close cooperation between the organization and other security institutions,” he added.

Erdogan also stressed that MIT has so far ensured repatriation of over 100 members of Fetullah Terrorist Organization (FETO) to Turkey.

In the process of the reopening of Hagia Sophia for Muslim worship, Turkey has witnessed that some countries could not acknowledge that Istanbul is Turkish territory, the president said.

“Even centuries after the conquest, we see it is still not accepted that Istanbul is in the hands of the Turkish nation and Muslims,” he added.

A Turkish court annulled a 1934 Cabinet decree July 10 that had turned Hagia Sophia into a museum, paving the way for its use again as a mosque after an 86-year hiatus.