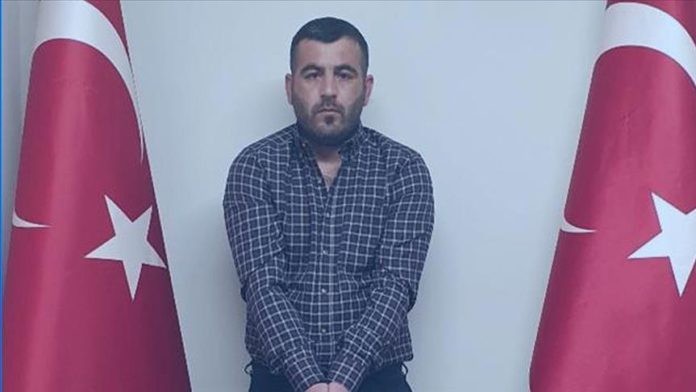 A senior PKK terrorist was brought to Turkey after he was arrested in an operation of Turkish intelligence in northern Iraq, security sources said on Wednesday.

Ibrahim Parim, the so-called “logistics officer” of the PKK terror group, was arrested in Sinjar in an operation held by the Turkish National Intelligence Organization.

The terrorist – codenamed Laser – was operating in Sinjar near the Iraqi border with Syria, according to sources who spoke on condition of anonymity.

He is currently being questioned by counter-terrorism police as per the instructions of the Ankara prosecutors.

Parim was found to have participated in the 2014 demonstrations organized by the PKK in Turkey’s eastern Van province and joined the terror group in 2015.