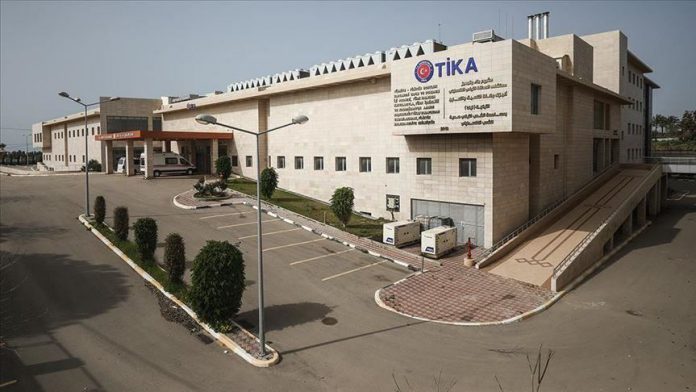 The Palestine-Turkey Friendship Hospital in Gaza will start operation as part of efforts to curb the novel coronavirus, a spokesman for the Palestinian government said Tuesday.

Speaking at a press conference in Ramallah, Ibrahim Melhim said President Mahmoud Abbas and his Turkish counterpart Recep Tayyip Erdogan agreed during a phone call to start the operation of the hospital in Gaza.

.
Funded by the Turkish Cooperation and Coordination Agency (TIKA), the construction of the 180-bed hospital was completed in 2017.