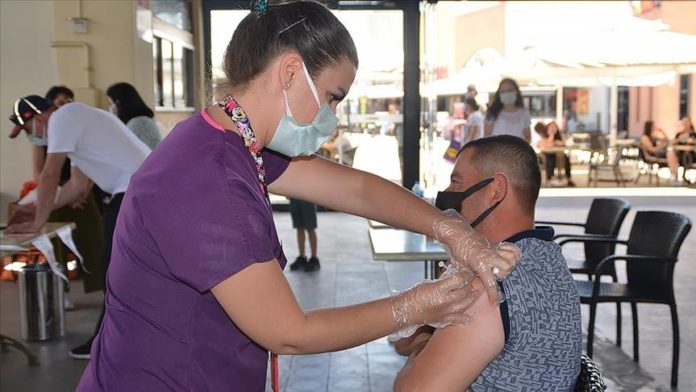 “The rate of those who have received at least one dose of vaccine is increasing,” Fahrettin Koca said on Twitter.

According to the table shared by Koca, the country’s northwestern province of Edirne has the highest coronavirus vaccination rate, 68.86%.

Turkey lowered the COVID-19 vaccination eligibility age to 18, and appointments have begun as of Friday.

According to latest official figures, Turkey’s overall case tally is over 5.39 million, while the nationwide death toll has reached 49,417.

Additionally, nearly 46 million doses of coronavirus vaccines have been administered since a mass vaccination campaign was launched in mid-January.

Amid a nationwide fall in COVID-19 cases, Turkey is set to end all restrictions, which include nighttime curfews and a full lockdown on Sundays, as of July 1.

US stocks, cryptos struggle to recover from volatility