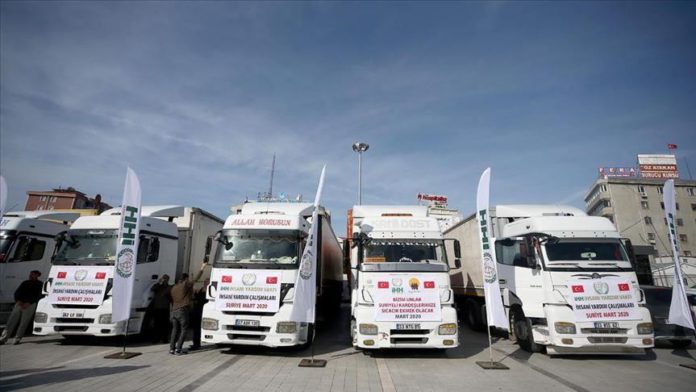 Three truckloads of humanitarian aid from charity groups in Turkey were sent Wednesday to vulnerable people in Idlib, northwestern Syria, where millions are in need of assistance due to internal conflict in the country.

Osman Gerem, head of the Sanliurfa Humanitarian Aid Platform, said that the platform has sent a total of 44 trucks to Idlib, including today’s shipments.

Another truck was sent from the northern Corum province to Idlib by the Humanitarian Relief Foundation (IHH) to meet the needs of local women and children and women in rural areas.

US moves to restore refugee entry to pre-Trump levels