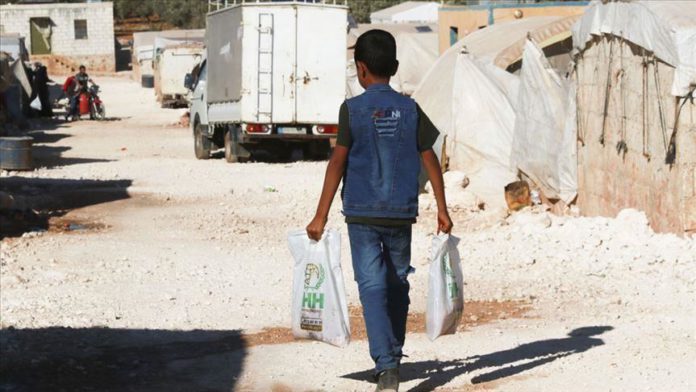 A Turkish charity donated meat to hundreds of thousands of needy people in northern Syrian during a recently concluded Muslim holiday.

“Syrians have been struggling with civil war for over 10 years. The civilians living under the shadow of war are all worn out,” he said, adding that the holiday served as a source of relief.

Tahiroglu went on to say that 400,000 civilians were provided with meat and the group continues its work to aid Syrians during desperate times.

Karabakh as much our issue as Azerbaijan's: Turkey