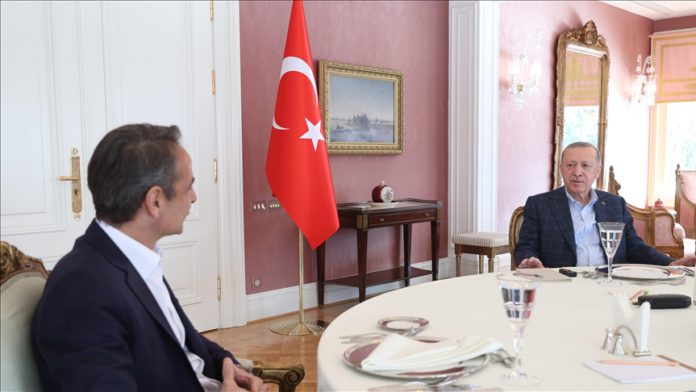 The EU on Monday welcomed the latest talks between Turkish and Greek leaders, voicing hope that relations between the countries will continue to improve.

He stressed that the European Union “can only encourage such meetings” because only in talks and in mutual engagement can they “solve the open issue.”

“We hope that the trend of the normalization of the relations will continue,” Stano added.

Meeting in Istanbul on Sunday, Erdogan and Mitsotakis discussed bilateral relations, as well regional and global developments, including Russia’s war on Ukraine.

They agreed to work to improve bilateral ties and to focus on a positive agenda.

Reiterating Turkiye’s hopes to turn a new page in bilateral ties, Erdogan told Mitsotakis he maintains a belief in progress in Aegean Sea-related issues, the fight against terrorism, and illegal migration.

He added that issues can be resolved through honest and sincere dialogue and thus the two neighbors should always maintain dialogue, not only in times of crisis.