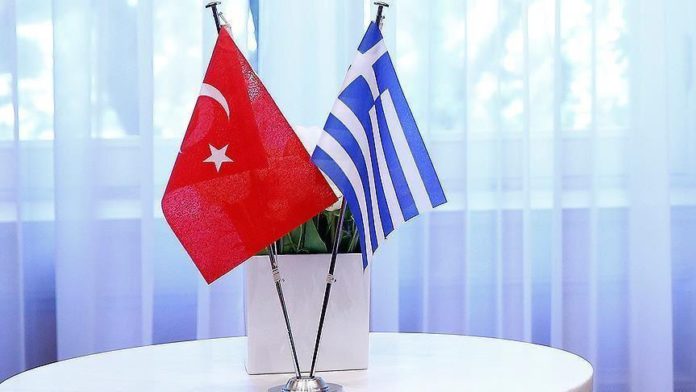 “There is a window of opportunity for better dialogue with Greece, right now. And we are planning to meet with a Greek foreign minister who is personally a good friend of mine, Nikos Dendias, in the coming weeks,” Cavusoglu said during a press conference with his Portuguese counterpart Augusto Santos Silva.

Turkey is ready to open a new page in relations with the EU, he added.

Cavusoglu also said that Portugal’s term presidency of the EU is a window of opportunity for Turkey because of Portugal’s balanced and objective stance on the current issues between Turkey and the EU.

The top Turkish diplomat said Turkey and the EU should not only focus on problematic areas but also other areas such as the migration deal.

“We need to revive this agreement because migration is an ongoing problem, and due to the [coronavirus] pandemic, it seems that this problem will continue for years. Therefore, we should continue our cooperation,” said Cavusoglu.

“Modernization of the Customs Union agreement is mutually beneficial and visa liberalization is the promise of the European Union. And during the upcoming meetings, we want to see concrete steps from the European Union in these areas,” he added.

On the Cyprus issue, Cavusoglu said Turkey has supported all initiatives for a lasting settlement but all of them were rejected by the Greek Cypriots.

“They excluded Turkey from all the initiatives and Turkey was very patient. But recently, it had to start its own activities within its legitimate and registered continental shelf areas,” he added.

He said negotiations for federations would be a waste of time, as it has been for the past 52 years.

For his part, Portugal’s top diplomat said he hoped to resolve problems with Turkey and EU members states through direct dialogue during Portugal’s EU term presidency.

Silva underlined the importance of developing a positive agenda with Turkey, adding Turkey and the EU share common interests and concerns such as regional security, stability, hosting refugees and migration.

This year on March 18 will be the fifth anniversary of the migration deal between Turkey and the EU, said Silva, adding both parties will evaluate the outcomes of the deal.