TurkishPress
Home Diplomacy Turkish-Greek dialogue ‘a window of opportunity’: US 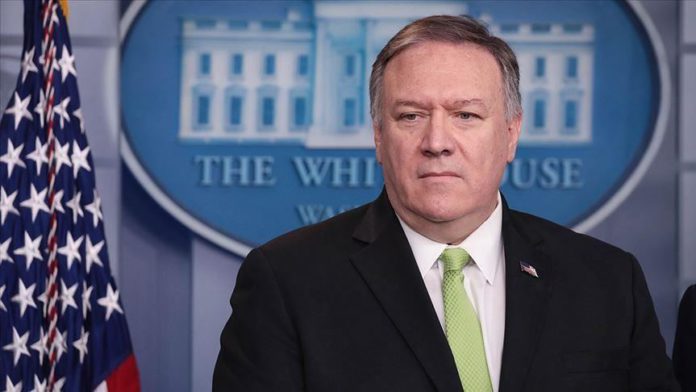 The US sees a “window of opportunity” for a dialogue between Turkey and Greece, the US state secretary said in an interview with a Greek media outlet.

The US administration will “play any role that’s appropriate and useful and constructive,” Mike Pompeo told Ekathimerini after his two-day visit to Greece amid the heightened tension in the Eastern Mediterranean over energy exploration.

To a question about a European Council meeting to be held Thursday, Pompeo said: “We have a simple set of objectives; we want this to be resolved in a way that reflects how, behind these conflicts, behind these disagreements that haven’t been resolved for an awfully long time, there are diplomatic means to enforce international law in a way that’s appropriate and while recognizing the rights of every sovereign nation.”

He stressed that the US’ commitment to the Eastern Mediterranean continues.

Responding to a question on whether or not the US wants to move Incirlik base in Turkey to Greece as reported by some European media outlets, Pompeo said there is no such plan at this time.

EU leaders are set to meet in Brussels on Thursday for two days of discussions on tensions in the Eastern Mediterranean and relations with Turkey.

Turkey’s president on Wednesday sent a letter to the leaders of EU countries, reiterating Ankara’s call for dialogue with Greece amid tensions in the Eastern Mediterranean.

Ankara has repeatedly urged negotiations with no preconditions to reach a fair sharing of the region’s resources.