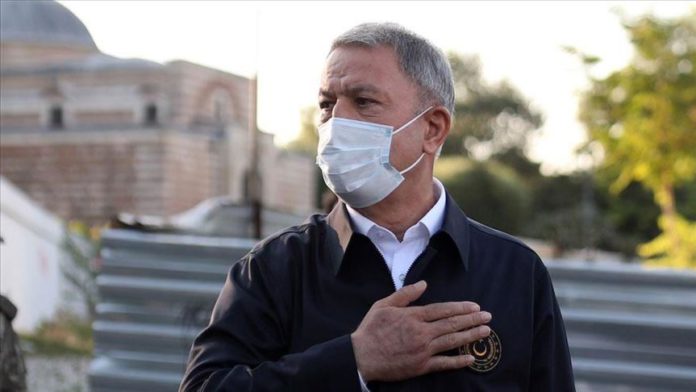 Turkish and Greek officials will meet in the capital Ankara in the coming days to address issues that have led to rising tensions, Turkey’s defense minister said on Friday.

“We try to solve problems with these [kinds of] meetings. Our work continues in this direction,” Hulusi Akar said after prayers for a Muslim holiday in Selimiye Mosque in Edirne, northwestern Turkey.

On Thursday, a Greek official said Athens wants to hold talks on the delimitation of maritime boundaries with Turkey.

At a weekly news conference, government spokesman Stelios Petsas stressed the importance of open communication channels with Turkey, especially amid rising tensions, referring to the Aegean and Eastern Mediterranean.

He added that Prime Minister Kyriakos Mitsotakis held a phone talk with Greek Cypriot leader Nicos Anastasiadis on the arrival of a Turkish energy exploration vessel, the Barbaros Hayrettin Pasa, in the Turkish Republic of Northern Cyprus (TRNC).

Turkey is a guarantor nation for Turkish Cyprus and has consistently contested the Greek Cypriot administration’s unilateral drilling in the Eastern Mediterranean, asserting that the TRNC also has rights to the resources in the area.

The decades since have seen several attempts to resolve the Cyprus dispute, all ending in failure. The latest, held with the participation of the guarantor countries – Turkey, Greece, and the UK – came to an end without any progress in 2017 in Switzerland.