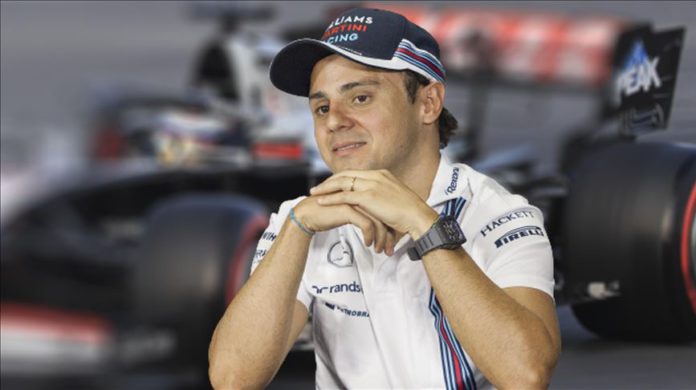 The organizers previously revised the 2020 calendar amid coronavirus pandemic as the Turkish Grand Prix has returned to this year’s campaign after nine years.

This weekend’s race will be without spectators as the novel coronavirus continue to affect daily and social life.

On Aug. 27, 2006, Scuderia Ferrari’s Massa was crowned as the Turkish GP winner, his maiden Formula 1 victory.

The Turkish Grand Prix made its debut in the F1 calendar in 2005.

He beat Spain’s Fernando Alonso, who came second, and Juan Pablo Montoya from Colombia, who was third in Istanbul.

In the 2005 Turkish GP, McLaren-Mercedes displayed one of the finest shows to smash lap record. Montoya set the fastest lap at an average speed of 330.3 kph (205.238 mph).

Montoya also set the record for the fastest lap time recorded in Istanbul with a lap time of one minute, 24.770 seconds on lap 39.

A total of 16 Formula 1 drivers will join Sunday’s DHL Turkish Grand Prix for the first time in their careers.

An active driver, Raikkonen, 41, is the most experienced driver in history with 328 Grands Prix. The previous record-holder in appearances was Rubens Barrichello as the Brazilian driver attended 322 races in 1993-2011.

McLaren team member Lando Norris, 21, is currently the youngest driver among the 2020 competitors.

The trophy for the 2020 Turkish champion has been specially designed by the Intercity Istanbul Park as it has authentic traces from the Turkish culture.

The trophy has a crescent and star on top, which represents the Turkish flag. “Istanbul” inscription was also embroidered on the cup.

It also features the metropolis’ symbolic structures such as the Galata Tower and the 15 July Martyrs Bridge as well as tulip figures.

Hamilton holds the record for most race wins

Mercedes’ Hamilton’s earned 93 victories to be the record holder for the most Grand Prix wins.

The British driver is seeking his seventh world title in Formula 1 to equal with German legend Michael Schumacher.

Schumacher – a retired racing driver – is one of the best drivers in Formula 1. He faced a severe head injury while skiing in the French Alps in 2013 and was said to be treated at his home.

With 93 race wins, Hamilton passed Schumacher, who had 91 victories in his career. Vettel has 53 wins to be in third place in the Grand Prix wins list.

World-famous Italian manufacturer Ferrari ruled the Constructors’ Championships 16 times even though they did not have a win in the previous decade.

Both teams last got their Constructors Title each in the late 1990s.

Mercedes had seven titles to chase Williams and McLaren.

This month Hamilton won the Emilia Romagna Grand Prix as Mercedes clinched the 2020 constructors title, which is seventh in a row for the team.