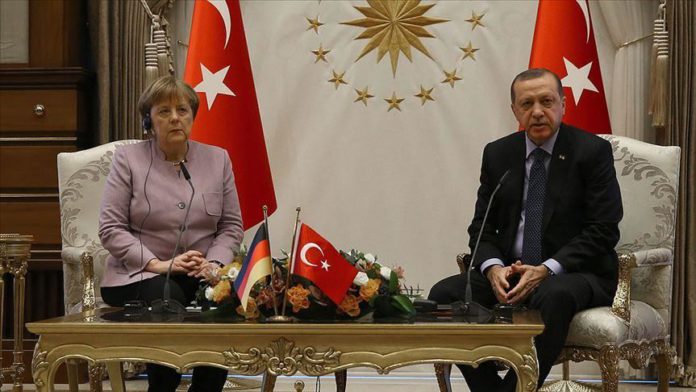 The leaders of Turkey and Germany on Thursday discussed developments in the eastern Mediterranean over the phone, an official statement said.

During the phone call, Erdogan stressed that Turkey believes in solving problems in the Eastern Mediterranean within the framework of international law based on dialogue and equity.

Turkey’s decision followed a controversial maritime delimitation deal signed between Greece and Egypt, only a day after Turkey said it would postpone its energy exploration as a goodwill gesture after mediation efforts from Germany.

But, after declaring the deal “null and void,” Turkey authorized the Oruc Reis to continue its activities in an area within Turkey’s continental shelf.

The ship will continue seismic activities in the Eastern Mediterranean until Aug. 23 along with the ships Cengiz Han and Ataman.

Turkey has consistently opposed efforts for Greece to declare an exclusive economic zone based on small islands near Turkish shores, violating the interests of Turkey, the country with the longest coast on the Aegean and Mediterranean.

Turkey has urged talks to reach a deal with fair sharing of the region’s resources.

Turkey announcing new exploration in the Eastern Mediterranean raised alarms in Greece, as Athens responded by placing its navy on alert.