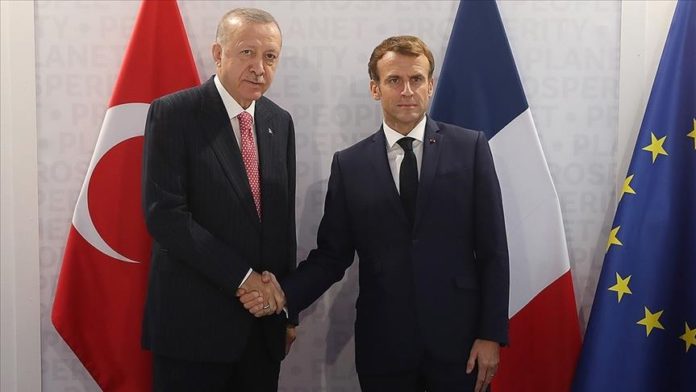 Turkiye-France relations are “of great importance” the Turkish president said, adding that Ankara continues its efforts to end the Russia-Ukraine war through diplomacy.

NATO ally Turkiye enjoys good ties with both Ukraine and Russia and has offered to host peace talks at the leaders’ level for a permanent cease-fire. Delegation-level talks, which saw meaningful progress, were held in Istanbul on March 29.

Erdogan said it is important to support the negotiation process between Kyiv and Moscow.

He also congratulated Macron on his re-election, who won a second term last month, and wished that the outcome will be beneficial for France.