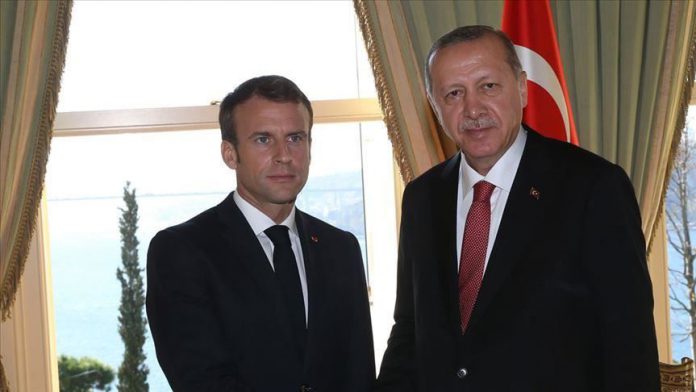 Turkish president on Friday talked with his French counterpart over the phone to discuss the developments in Libya and Syria, according to presidential sources.

The phone call between Recep Tayyip Erdogan and Emmanuel Macron was held upon French president’s request, said the sources.

In November, Ankara and Tripoli’s UN-recognized Government of National Accord signed two separate agreements, one on military cooperation and the other on maritime boundaries of countries in the Eastern Mediterranean.

The Turkish parliament on Thursday ratified a motion authorizing the government to send troops to Libya.

Erdogan and Macron also addressed the regional developments and bilateral