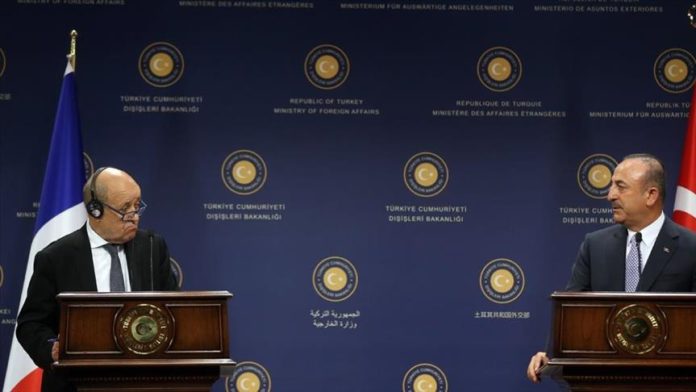 Turkey’s foreign minister discussed issues related to the EU with his French counterpart via telephone, according to Turkish diplomatic sources on Thursday.

The EU promised to enhance political and economic cooperation with Ankara as part of a 2016 deal by accelerating Turkey’s EU membership talks, modernizing the EU-Turkey Customs Union and allowing visa-free travel for Turkish nationals within the Schengen area.

But several EU members, including France, Greece and the Greek Cypriot administration, blocked closer cooperation with Turkey because of bilateral difficulties and tensions in the Eastern Mediterranean.

Although the EU pledged to open new chapters in accession talks, Turkey’s EU membership process has effectively come to a standstill in recent years.

Turkey has criticized European partners for not fully implementing the 2016 agreement and backing away from political commitments.