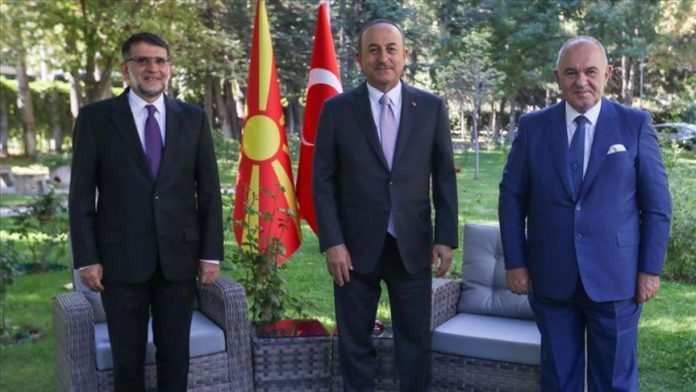 Cavusoglu said in a tweet he held a discussion with Salih Murat, president of the Constitutional Court of North Macedonia, and Aydogan Ademoski, head of Macedonia-Turkey Chamber of Commerce.

“Will further strengthen our solidarity during pandemic. Our support to friendly people of Macedonia will continue,” he said.

In a separate tweet, Cavusoglu congratulated North Macedonia on its Independence Day.

“I sincerely congratulate North Macedonia on its Independence Day. We are always with the friendly Macedonian people,” he said, posting the message both in Turkish and Macedonian along with flags of the two states.

On Sept. 8, 1991, the Republic of Macedonia held a referendum where 95.26% voted for independence from Yugoslavia.

In 2018, the country changed its name to the Republic of North Macedonia ending a decades-long dispute with Greece. In return, Greece dropped its objection for the country to join the EU and NATO.

US, Chinese top diplomats to meet in Alaska

Oil down with estimate of large US crude stock buildup