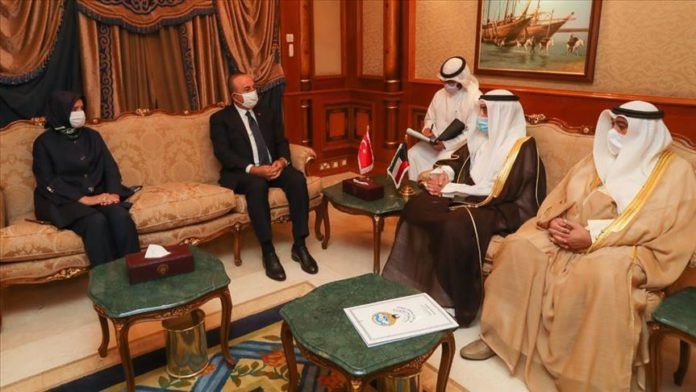 Turkey’s foreign minister arrived in Kuwait on Thursday to offer condolences over the death of the Gulf state’s emir.

“In #Kuwait to convey our condolences on behalf of [Turkish] President @RTErdogan and the Turkish nation,” Mevlut Cavusoglu wrote on Twitter.

In a statement, Turkish President Recep Tayyip had said he received the news of the emir’s demise with “great sadness”.

“On behalf of the Turkish nation, I convey my sincere condolences to the friendly and brotherly people of Kuwait.”