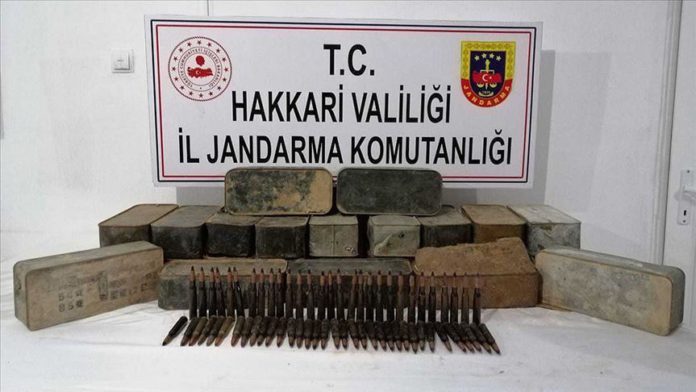 In a statement, the Hakkari Governorate said 2,600 rounds of ammunition were seized at a shelter during Operation Yildirim-2 Cilo in Semdinli district of Hakkari province.