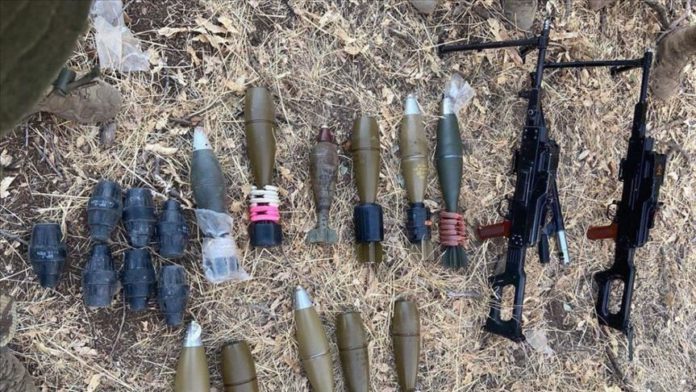 The National Defense Ministry said the security forces found the hidden ammunition during the reconnaissance and surveillance activities in the Avashin-Basyan region.