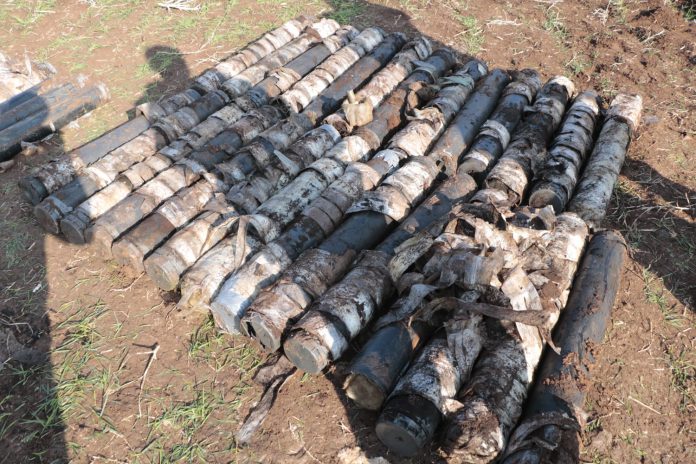 Turkish security forces on Monday seized a large amount of explosives, weapons and ammunition in an operation against the PKK/KCK terrorist organization, officials said.

A drone-backed operation in Baglar, Cinar and Kayapinar districts of southeastern Diyarbakir province was carried out, the public prosecutor’s office said.

As a result, 73.37 kilograms (161 pounds) of plastic explosives, 10 long-barreled guns, rocket launchers and two hand grenades were seized from a house. At least 20 suspects were detained with police on the lookout for two suspects at large.

During a coordinated operation in southeastern Adiyaman province, 24.595 kilograms (54 pounds)