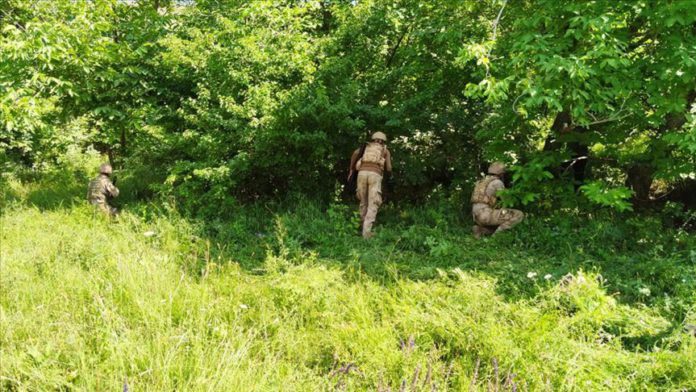 Security forces in Turkey seized arms, ammunition and a huge cache of heroin in the southeastern Hakkari province, the provincial governor’s office said on Monday.

The office said in a separate statement that 80.6 kilos (177 pounds) of heroin, planned to be sold to finance the terror group’s activities, were also seized in Semdilli district.

The operation is ongoing in the region.