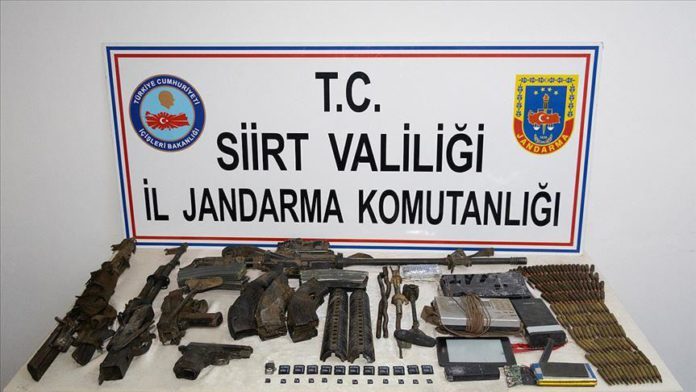 In a statement, the Siirt Governorship said security forces seized weapons, ammunition, organizational documents and life-sustaining materials in the Mt. Tandir region in the Baykan district.

On Wednesday, five PKK terrorists were captured dead in the region as part of the ongoing Yildirim-11 Herekol anti-terror operation.