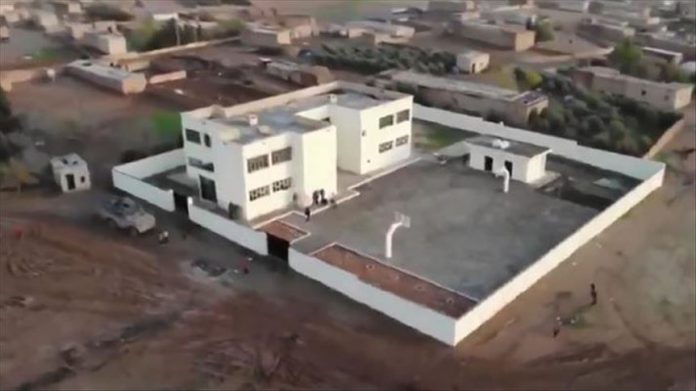 The Turkish army turned a school heavily damaged by the terrorist group YPG/PKK back into an education center, Turkey’s National Defense Ministry said on Monday.

“Our heroic soldiers not only bring peace, security, roads, water, and electricity with other institutions of our government but also build a future for Syrian children by turning the schools that PKK/YPG terrorists used as headquarters into education centers once again,” the ministry said on Twitter, posting a short video of the project.

Posted in both English and Turkish, the video shows the inside and outside of the newly renovated Nukra School in Ras